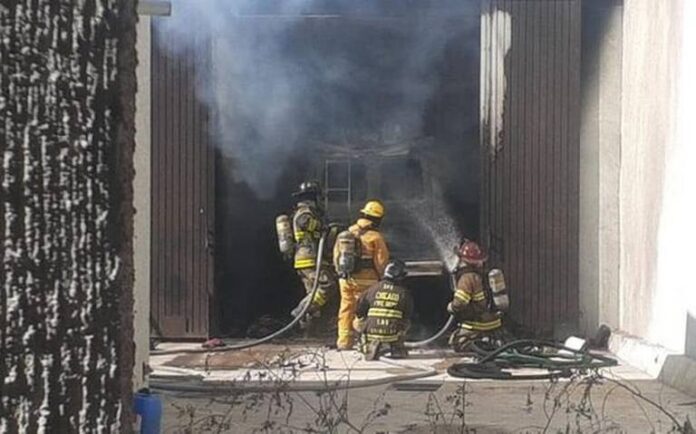 For the fourth time in less than a month, the facilities of Televisora ​​Potosina (Channel 13) were the scene of a fire that this time consumed a vehicle, known as a mobile satellite transmission unit.

A day before, another incident mobilized elements of the H. Metropolitan Fire Department and occurred in one of the warehouses of the television station, in which its workers have been on strike for more than a year and a half.

This Wednesday morning, the firefighters were required again when the strikers noticed that smoke was once again emanating from the facilities, located on the highway to Rioverde.

Upon the arrival of the firefighters, the incident was controlled, but the mobile satellite transmission unit could not be rescued. The amount of the damage was not estimated, nor was it clarified whether the incident had been accidental or not.

However, the three previous fires recorded in less than a month have been attributed to criminals who entered the Potosina Television facilities from the rear – the strikers are only at the front – to seize equipment and material, although for the moment missing ones are ignored.