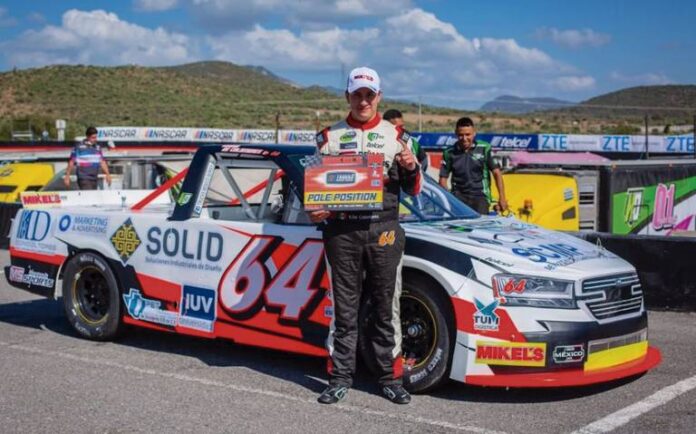 Rodrigo de Colombres Junior surprised locals and strangers alike by climbing to the top of the podium in the Trucks México Series, which was held at the super oval in the city of San Luis Potosí.

This truck race agreed to 100 laps, began with Rodrigo de Colombres junior, starting from pole position, a privileged position achieved during the qualifying held on Saturday.

The green flag appeared and Rodrigo supported the attacks of Jorge Quiroz and Eloy Sebastián López, who sought to snatch the first position from the number 64 unit, despite which, he managed to reach the end of the “stage” on lap 40, as the only leader of the race.

The drivers made their entrance to the pits, which was used by Alonso Salinas with truck number 9 as the pointer, ahead of the 10 of Eloy Sebastian López and the current leader of the season, Diego Ortiz, who with his truck 19 managed to come back to fight for the win.