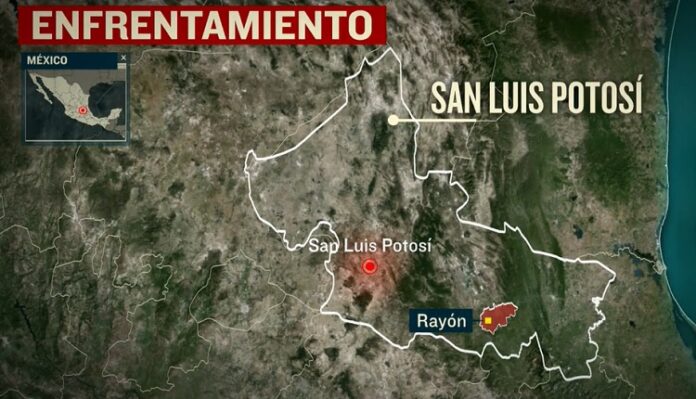 State police in north-central Mexico killed 13 alleged gang members in a shootout the same day they captured four people burying one of their officers and a relative, authorities said Friday.

The San Luis Potosi state security agency said in a statement the clash occurred Thursday evening in the Vaqueros community in Rayon municipality.

Among the victims were 10 men and three women. Authorities did not report any wounded state police.

The San Luis Potosi state prosecutor’s office said weapons, tactical gear, and vehicles were seized. Thursday’s operation was the result of intelligence gathered after police arrested four people as they buried a member of the state police and a relative earlier Thursday, the office said.

In the southern state of Guerrero, authorities said Friday they had found six bodies with bullet wounds and two heads nearby.