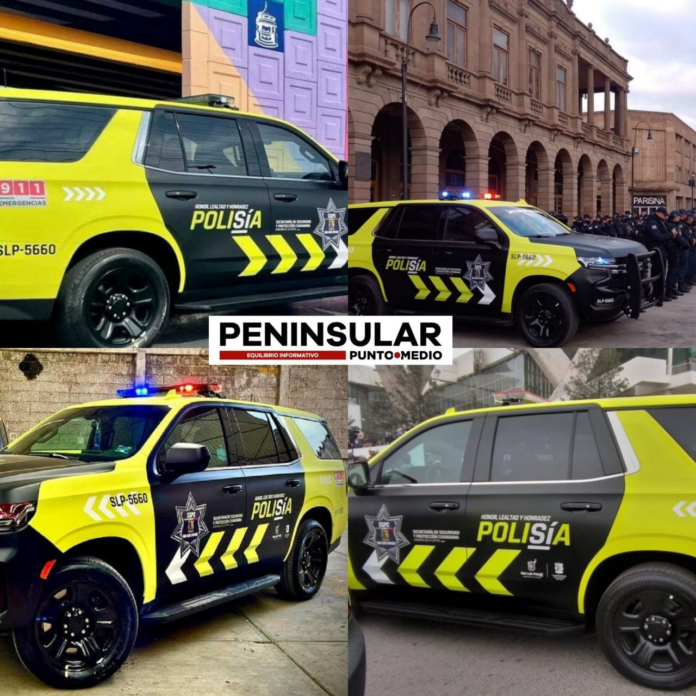 The creation of the Secretariat of Security and Citizen Protection of San Luis Potosí included the equipping with almost 100 patrols for the new elements. However, these vehicles stole the spotlight because of the misspelled word ‘PoliSía’.

Actually, it was not a spelling error, but the incorporation of the slogan adopted by the municipal president, Enrique Galindo, from his campaign “Yes” Si por San Luis ‘.

A phrase that, after his appointment became ‘La Capital del Sí’. And now, he decided to take it to another level by creating a play on words between ‘Yes’ and ‘police’, resulting in the controversial term ‘PoliSía’.

The reactions that the term ‘PoliSía’ has caused are varied, from ridicule and memes to anger on the part of those who continue to see the term as a creepy spelling error circulating through the city’s avenues.

This fact has left in second place the high technology with which the almost 100 official vehicles of the new Secretary of Security and Citizen Protection (SSPC) of the municipality have.

As indicated by the authorities, these patrols have video cameras, georeferencing systems, a help button, and control boards, in addition, the new ‘PoliSía’ of San Luis is aimed at being an intermediary and seeking conflict resolution as a prior way of making arrests.

The elements will have higher benefits, promotion systems based on merit and seniority, as well as body video cameras. Since it is sought that they are perceived as agents of trust and respect.

Since yesterday, January 24, the patrols, the elements, and the Citizen Security strategy of San Luis Potosí started up, carrying out patrols in the four sectors of the municipality. With which it seeks to reduce the crime rate.

San Luis Potosí has ​​become a trend in social networks due to the implementation of its new slogan ‘La Capital del Sí’, which can be seen circulating in the state-of-the-art patrols of its ‘PoliSía’.