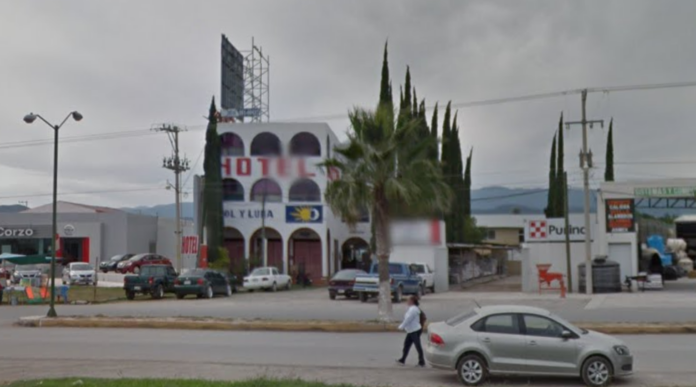 The 38 abductees, including Mexicans, were found on the roadside of the northern state of San Luis Potosi.

Police in northern Mexico have found 38 people, including 22 Haitians and Cubans, who were abducted from a hotel, authorities have said.

The chief prosecutor of the northern state of San Luis Potosi said the victims were found alive on a roadside late Tuesday, apparently abandoned by their captors.

Prosecutor Federico Garza Herrera said the group included 16 Mexicans and 22 foreigners, among them three children and a pregnant woman.

It was not immediately clear whether the foreigners were asylum seekers or migrants. Initial reports suggested some were Venezuelans. Immigration authorities were checking their status in the country as authorities worked to prove the motivation behind the kidnapping.

The abduction took place at a hotel in the city of Matehuala early Tuesday.

Some of the victims’ identification documents were found inside rooms. The abductors apparently also took the hotel’s quest log.

The abductees were later found by National Guard and police officers on a road outside Matehuala after a caller said a group of people were asking for help on the road.

Many asylum seekers and migrants hoping to reach the US face great danger on the way, with kidnappings, extortion, rape and even murders reported. Some are conscripted to work for drug cartels fighting over drug-trafficking routes.

These people often bear the brunt of infighting between criminal groups, with gangs often charging smugglers a fee per person brought through their territory.

In June, the New York-based Human Rights First organization reported some 3,300 asylum seekers and migrants stranded in Mexico since January because of a US border policy have been kidnapped, raped, trafficked or assaulted.

The administration of President Joe Biden has used a health rule, citing the coronavirus pandemic, to turn away most people from the border. However, it has allowed unaccompanied minors to cross into the US.

Meanwhile, the Biden administration had sought to end the so-called “Remain in Mexico” policy created under former President Donald Trump, which requires individuals seeking asylum in the US to wait in Mexico while their cases are processed.

Attempts to end the program were blocked by a district judge. The Biden administration’s appeal of the ruling to the US Supreme Court was unsuccessful.