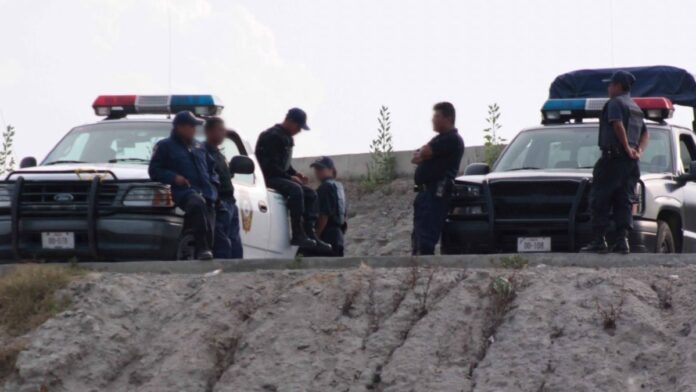 In a video that circulates on social networks, the moment was recorded when a police chief can be seen raiding a house and hitting the woman who lives there, in Ciudad Valles, San Luis Potosí.

The images that speak for themselves show how the policeman identified as Samuel Ruiz Montalvo, head of the region of the Huasteca Potosina area and who wears his uniform that indicates the state police on the back, enters a house without carrying a warrant.

The woman told the police chief that he cannot pass, and he just slaps her and continues his way into the property.

The woman who is there with her granddaughter tells him that he cannot pass and that he does not bring an order to do so, before which, the police chief ignores the woman and goes into the house, while she records all the action.

The police chief in the company of another colleague climbs the stairs of the home and reaches the first floor where a woman records him and questions him why he entered his house if he does not bring a warrant, she also asks his name and immediately afterwards, Ruiz Montalvo punches the woman who is presumed to be elderly and who was at that time in the company of her granddaughter who began to cry before the police attack.

So far it is unknown why these agents of the state police wanted to enter this woman’s house and why they attacked her in front of her family.

What did the State Security Secretariat say?

After the dissemination of the video on social networks, the State Public Security Secretariat reported that there is already an investigation folder in this regard, in addition to the fact that the police chief was removed from his position and that, shortly, according to the investigations carried out by the same unit, will be announced.

Additionally, the state agency indicated that it maintains a policy of zero tolerance for attacks on the human rights of the population.