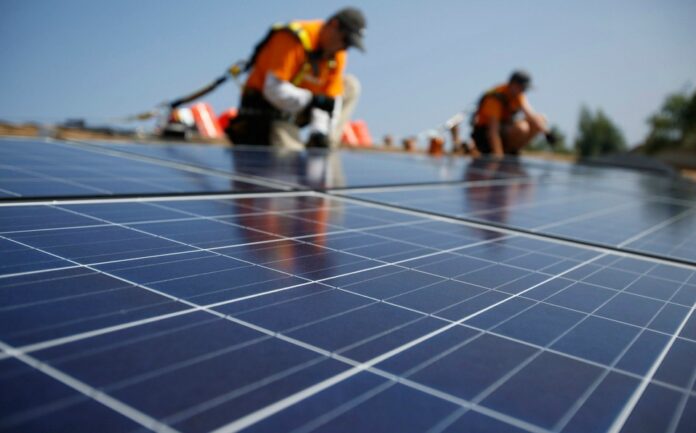 The Spanish company specialized in distribution and marketing, Iberdrola, announced that it has completed the construction of the second stage of the Luces de Esperanza project in the Huasteca area of ​​San Luis Potosí, which will bring electricity with solar energy to 36 communities without access to service.

Beneficiaries turned on their lights with solar panels in a ceremony in El Clérigo, one of the towns that benefited from the project, which in this phase included 7 million pesos (almost 350 thousand dollars) for a health center and 100 homes, with a total than 700 people supported.

This program began in 2019 in the Huasteca Potosina, an area characterized by the presence of an indigenous population, where the company began with an investment of 30 million pesos (about 1.5 million dollars) to bring energy to 50 homes and three community spaces.

In this second stage, Iberdrola extended the benefit of photovoltaic panels to the municipalities of San Martín Chalchicuautla, Matlapa, Tampacán, and Tamazunchale, where the company has a combined cycle plant. “The objective of this initiative is to meet the energy needs of households that do not have this resource, promote quality medical care, combat educational lag, and promote productive activities,” declared Manuel Argüelles, manager of the Iberdrola headquarters.

The manager cited official figures that indicate that in Mexico there are 1.5 million people without access to electricity. This represents more than 268,800 households without access to electricity, of which 11,142 are in San Luis Potosí, according to the 2020 Population and Housing Census of the National Institute of Statistics and Geography (Inegi). “Electric energy is essential for the well-being of societies, it is transversal since it affects all areas of people’s lives, education, the economy, security, and health,” argued Argüelles.

The Luces de Esperanza project, which also supported 6,000 families in Oaxaca, southern Mexican state last December, plans to benefit a total of 12,000 people with an investment of 80 million pesos (about 4 million dollars) by 2024.