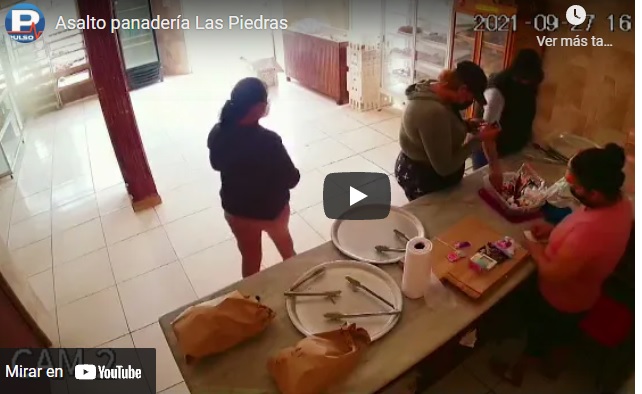 Two women robbed a bakery located in the Las Piedras neighborhood, in San Luis Potosí, after posing as clients of the business.

According to the Pulso de San Luis Potosí, one of the women subjected the employee to deprive her of the money from the sales, as well as her personal belongings such as her cell phone, in addition to the bread they had selected before the robbery.

The events occurred on Monday, September 27 at 4:00 p.m. when the two women entered the premises and waited for the rest of the customers to leave to rob the saleswoman.

In a video published on social networks, you can see the moment in which one of the women passes behind the counter of the bakery to start the robbery, to later be supported by her accomplice who introduced the items to her backpack and flees the place, no without first taking the previously selected bread.

“You already know what this is about. Give me everything you have. The cell phone, the cell phone ”you hear one of the women say. Also, before leaving the place, one of the robbers warned the saleswoman not to yell.

After the robbery at the bakery, the victim requested support from the security authorities; however, it is unknown if the San Luis Potosí officials responded to the call.

San Luis Potosí reported 8,533 robberies throughout the state, of which 1,199 belong to August, according to figures presented by the Executive Secretariat of the National Public Security System (SESNSP). In these figures, business robbery is considered, with 180 cases reported in that month alone, 86 with violence, and 94 without violence.