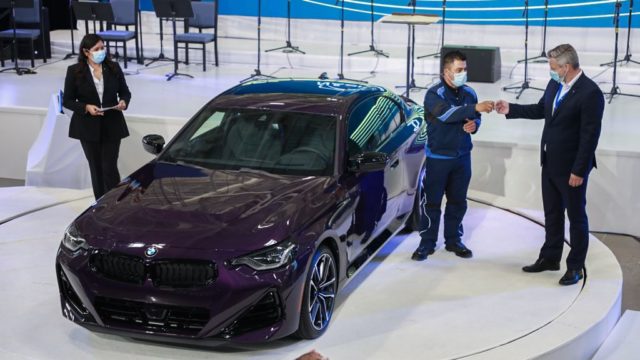 Although the automotive industry continues in the battle of the semiconductor shortage, the German giant BMW allocated 125 million dollars (million dollars) to launch its new 2 Series Coupé model, which is produced today at its plant in San Luis Potosí and was designed by the Mexican José Casas.

“The semiconductor crisis has already impacted the world economy for multiple reasons, especially due to the pandemic, additionally due to the closure of Asian countries which have had problems with their manufacturing. However, we have promoted flexible production models by taking a 5 or 6-day lead that allows us to reduce the impact ”, explained Milan Nedeljkovic, Member of the Board of Management of BMW AG.

The manager assured that the shortage of semiconductors has not affected its continuous production or produced any stoppage, in addition to that it will not impact the price of the BMW 2 Series Coupé or the next models that the company will launch.

“As for the impact of the semiconductor crisis on the price, it will not have an impact, and we believe that it is something that we will have to deal with for a couple of months, not forever. Next year we hope to have a supply of the microchips ”, stated Nedeljkovic.

He also reiterated that BMW leads 26 of the 27 markets in which it operates, with a presence of 35.5% in the region, so the BMW 2 Series Coupé will be exported to 37 countries, including the United States and Japan.

Currently, the San Luis Potosí plant employs 3,000 people and has invested approximately 1,200 million dollars. It also has 220 local suppliers, to which there are 17 with the new BMW 2 Series Coupé, which is made up of 4,000 parts.

“It is an important backbone of our business endeavors. This model represents around 12% of our total sales in Mexico this year and leads its segment, well ahead of the competition ”, added Alexander Wehr, President and CEO of BMW Group Latin America.

For his part, the designer José Casas assured that his greatest inspiration was the BMW 2002 to design the new model, giving it a compact look and exaggerated elements.

“That characteristic is very typical of BMW so it was a very important factor in the design of that car. The result is fantastic because this car has many new elements that could not be made in previous models; From previous sketches to the final result, one as a designer always tries to maintain that essence and that pure look, maintaining from the beginning the aura that we wanted to capture ”, added Casas.

Digitization for BMW consists of ensuring the connectivity of the systems (through the use of data), the intelligence of systems (so that the cars are able to update the system) as well as promoting virtual reality.