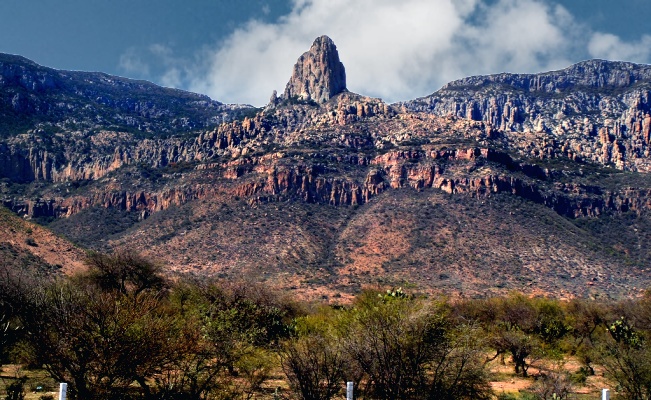 López Obrador reiterated his government’s commitment not to allow the destruction of natural areas, especially the Sierra de San Miguelito.

SAN LUIS POTOSI, (August 31, 2021).- President Andrés Manuel López Obrador revealed this morning that the Sierra de San Miguelito, located in the Mexican state of San Luis Potosí, will become a protected natural area without the possibility of any company developing real estate projects in the region.

During his morning conference at the National Palace, AMLO stressed that his government will not allow deforestation in the area or human intervention.

“We are going to continue until we turn the Sierra de San Miguelito into a protected natural area, it is a commitment and it will be as the people of San Luis are demanding, that is, areas of the mountains will not be conserved for real estate projects. Everything is going to be like a natural reserve, ” AMLO said in a morning conference.

He stressed that it will be very soon when the plan for the mountains is shown to the media. “We are working on that purpose and soon we will publicize the program,” he said.

It is worth mentioning that on July 28, AMLO rejected that his government allows the destruction of natural areas, especially the Sierra de San Miguelito.