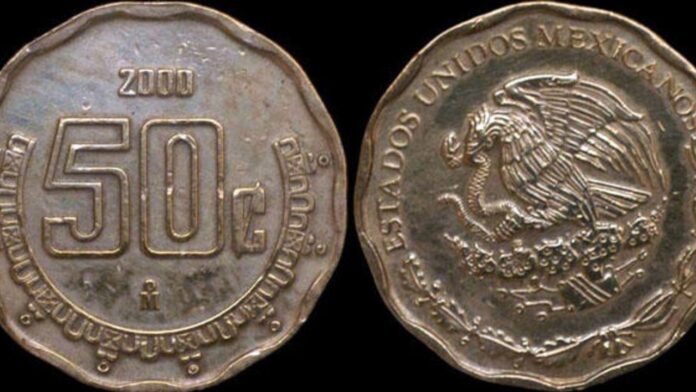 The fever for the sale of bills and coins has not dropped, so much so that a single 50-cent coin sells for almost 11 thousand pesos. In this space, you can find its characteristics in case you have one in your possession.

And, in case you didn’t know, let us tell you that since the end of 2020 a lot has been said about electronic currency trading. No matter their denomination or whether they are old or new, the pieces are offered at high costs.

After diving into the different online buying and selling pages, we discovered that there is paper money, like the one that was just launched last November to commemorate the anniversary of the Mexican Revolution, which is offered at 7,500 pesos.

Although it is not the only currency of that denomination that reaches a much higher value than the original and for an example of this it is the copy that we will show you below that has a price of 10 thousand 999 pesos.

This coin was minted in 1915 and is from Taxco, Guerrero. It is made of silver and was used during the Mexican Revolution. It is precisely its material and age that makes the item have an extraordinary cost.

On one side is printed the number of its denomination and the year in which it was put into circulation, in addition to its origin and a kind of sun on the top. While on the other side appears the image of the national shield and the legend “República Mexicana”.

Do you like the paranormal? These are the haunted MAGICAL VILLAGES in Mexico