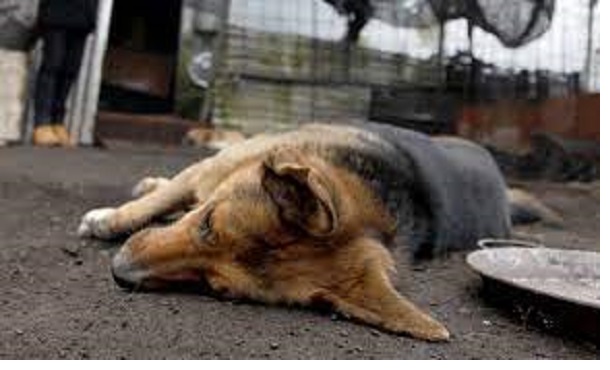 The governor of San Luis Potosí warned that “someone has to be responsible and we are going to find them”, when determining who poisoned the water that the dogs drank.

Regarding the alleged poisoning of about twenty dogs in the town of San José de Buenavista, in the north of the metropolitan area of ​​the capital of Potosi, the state governor Ricardo Gallardo Cardona reported that the State Attorney General’s Office (FGE) is carrying out carried out the investigations and warned: “someone has to pay the piper”.

He mentioned “the issue is being investigated, apparently it was water poisoning, we are going to look for the rivers and streams that reach the area so that they do not continue to be contaminated, Profepa is already aware because there were also two dead wild animals, the investigations could be also that a neighbor due to some discomfort with that herd has poisoned the animals ”, he added.

He explained that the animals drank water that was contaminated “which is very unfortunate, that there are inhumane and irrational people here in San Luis,” he reiterated.

He maintained that the investigation will continue to determine who put poison in the water while affirming that San Luis Potosí must continue to stand out for the way in which animals, especially pets, are protected.

It will remain operational to prevent further poisoning.

The mayor of San Luis Potosí specified that they will work hand in hand with the State Attorney General’s Office to determine what caused the poisoning of the animals in the area.

Enrique Galindo Ceballos, municipal president of San Luis Potosí, reported that the Department of Ecology and the Secretary of Security and Citizen Protection of the capital municipality will deploy an operation in San José de Buenavista after the poisoning of 20 animals.

He explained that the operation will consist of permanent patrols in the area where the animal corpses were located, but also in areas surrounding San José de Buenavista, raising awareness among the neighbors for the care and respect of animals, in addition to maintaining permanent communication to give them notice in case of seeing strange situations, people or things that could find those responsible.

“The matter is brought by the State Attorney General’s Office because there may be greater repercussions, because what happened has to be perfectly defined, not only because of the issue of animals but because next time, there could be something more serious involving people,” he commented.

In the resolution of the poisoning of animals in said area, the mayor of the capital indicated that the State Health Secretariat will also intervene, since he stressed that the cause of death was due to poisoning, however, it is not known which substance was exactly used.

Finally, he announced that in the coming weeks his municipal administration could have ready the shelter for dogs and animals in street condition, where he stressed that veterinary care could be given to the population, where sterilizations and vaccinations would be carried out on loins and cats. from the Potosí capital. Although it is a project that they have worked on during 2022, he specified that they still need to complete the equipment of the clinical area.