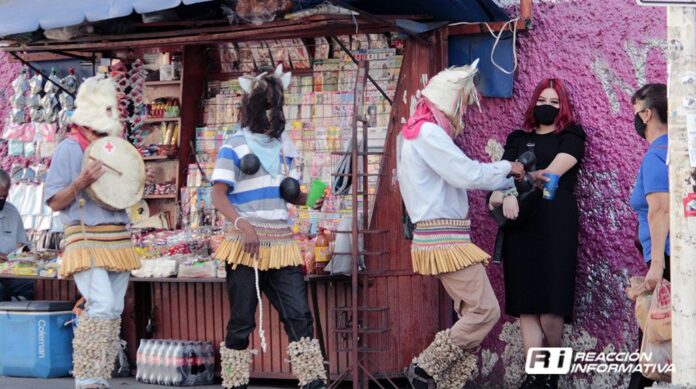 The arrival of the “matachines” increases in Culiacán, many people reject them but their visit and their dancing tours are to continue with a Sinaloan tradition

Culiacán, Sinaloa .- Lent begins in Sinaloa, and with it the traditional “matachines” arrive to the state capital, who leave their town to continue a tradition that they have followed over the years.

In an interview with Reacción Informativa, the dancers commented that during the entire period of Lent they reside in the state capital, to continue with a tradition of their people and origin.

They shared that they are really called Pharisees but the citizens in the city mention them as the “matachines”, and they are originally from Choix, Sinaloa.

“We come from Choix Sinaloa, since I learned about the tradition the costumes were like that, we make them and it is to make noise to the rhythm of the drum, and in Tacuchamona we matachines celebrate,” they said.

They commented that in the Lenten season with the cooperation they collect on their dancing tours, they use it to support their family in the village, and the rest of the year they dedicate themselves to agriculture.

The Matachines shared that the representative dance belongs to the ancient cultures of their origins, and with this visit to the city, they seek not to lose tradition.

The part of their clothing that makes the noise is called tenábaris, which is produced by the monarch butterfly, and they make a thick bracelet type that is placed under their legs.

They also explained that the type of skirt that also produces sound is made of reed, while their mask is also made by them and they make it from goat leather.