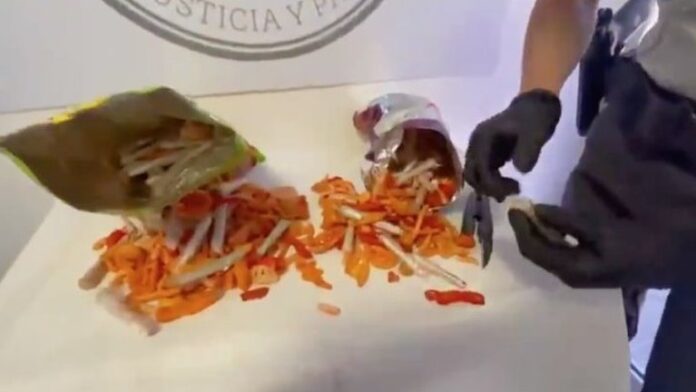 Five hundred marijuana cigarettes were found in fried food bags: they were sent from El Oro, Durango, and their final destination was intended to be the municipality of Guadalupe, north of Chihuahua.

The packages were detected by elements of the National Guard ( GN ) who carried out random checks on all types of packages from different parts of the Republic, in the warehouse of a courier and parcel company.

In the package from El Oro, Durango bound for Guadalupe, Chihuahua, there were five snack-type bags containing the cigarettes or cannabis joints.

Faced with the possible commission of a crime, everything was secured and made available to the Chihuahua State Attorney General’s Office (FGE) based in Ciudad Juárez where the corresponding investigations will be carried out. 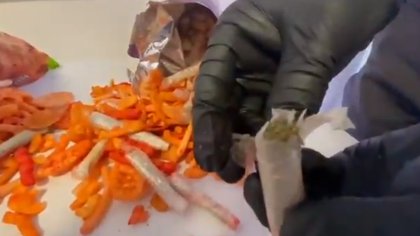 Last week the GN detected a package of marijuana seeds hidden inside the motor of a blender that was intended to be sent by a parcel company from Badiraguato, in the federal entity of Sonora, to Tuxtla Gutiérrez, Chiapas.

The package was found by a trained dog of the National Guard (GN) through a routine search in the warehouse of a courier company, located in Cotaxtla, Veracruz.

The canine pairs, trained to detect paper money and drugs, indicated the package as positive. When the GN agents opened it, they realized that it contained the appliance: inside its electric motor the package was hidden with transparent tape and the seeds of the cannabis plant.

Elements of the agency seized the package with the narcotic. The drug, along with its shipping documents, were made available to the Office of the Attorney General of the Republic in Boca del Río, Veracruz, to initiate the corresponding 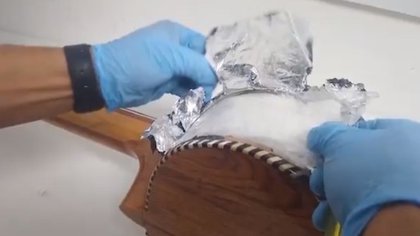 National Guard agents also seized this Monday in a courier and parcel company in  Morelia, Michoacán, just over a kilo of crystal (methamphetamine) hidden inside an acoustic guitar that was intended to be sent to  Minneapolis, United States.

The discovery occurred when national guards entered the company to carry out a security inspection. There they located a case with a deteriorated wooden guitar that gave off a strong chemical smell.

After inspecting the instrument, they found three transparent plastic wrappers containing a crystalline, granular substance with the characteristics of methamphetamine,  weighing approximately 1.20 kilograms.

For this reason, the case with the guitar and the probable methamphetamine were secured and transferred to the Attorney General’s Office (FGR) based in  Morelia, Michoacán, where they will continue with the corresponding investigations.

The methods of passing drugs across the border are infinitely varied, although the intention of the drug cartels is always the same: to evade the increasingly strict surveillance on the border with the United States.

Catapults, air cannons, submarines, hidden in tamales, dolls, religious sculptures, ham cakes, in frozen sharks and even subject to drones  are some of the ways in which gangs have tried to supply the US market.

Across Mexico, drinking water is being poisoned