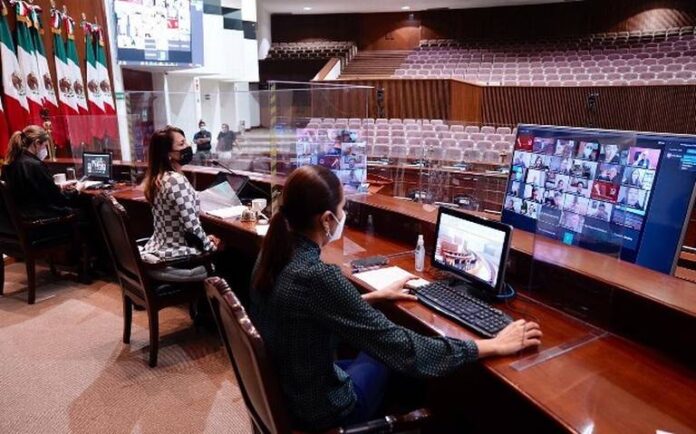 In order to establish the Institute of Public Defender’s Office to guarantee free of charge to the accused the right to an adequate and quality defense in criminal matters and justice for adolescents.

Culiacán, Sinaloa.- In an extraordinary session, the plenary of the Congress of the state-approved the creation of a new system of labor justice in Sinaloa, a prior way to address the conflicts work of the local order.

To this end, the Public Defender’s Office will be established in the State, which in the performance of its functions will enjoy technical and operational independence, in order to guarantee free of charge to the accused the right to an adequate and quality defense in matters. criminal and justice for adolescents, as well as access to justice through guidance, advice and legal representation in civil, family, administrative, and labor matters, through Public Defenders and Legal Advisors, in the terms established by Law.

The opinion approved by the plenary session is the result of two initiatives presented by the Morena parliamentary group and by the PAS deputy, Angélica Díaz Quiñones

The PAS legislator explained that the object of the initiatives, in the first one, which belongs to Morena, contemplates establishing the Center for Labor Conciliation in the State Political Constitution, and that it will be the prior and obligatory instance before accessing a labor court, in case of not solving the conflict at that stage.

She explained that in the second of the initiatives presented by the Sinaloense Party, it seeks to reform article 78 of the local Constitution, in order to give powers to the Institute of Public Defender in the field of the new labor justice system, with which this body of the public administration must provide guidance, advice and legal representation in labor matters in the terms established in the Federal Labor Law.

She recalled that on February 9, he presented before the Permanent Delegation of this Congress, a position in which he mentioned the need to start the work of harmonization and creation of the new labor justice system in Sinaloa, and in this sense recognized the work of the Commission on Constitutional and Governance Points, since Sinaloa is urged by justice in labor matters that is efficient and transparent, that privileges conciliation over legal disputes, that no longer delay trials for years in to the detriment of the workers and to put justice at the service of society.