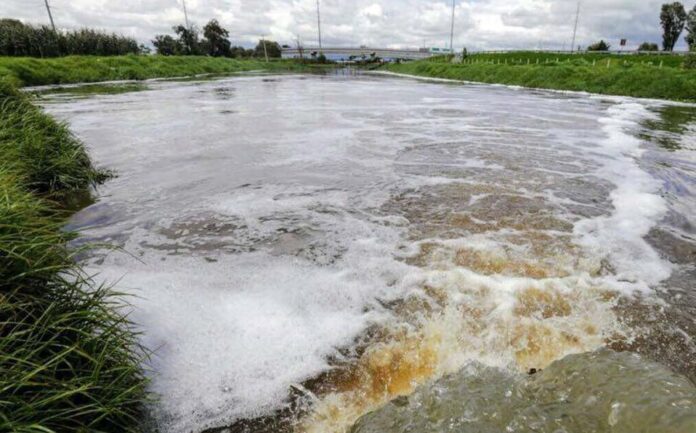 María Elena Álvarez Buylla said that it is one of the legacies of the neoliberal management system and totally disorderly industrial organization.

MEXICO. – María Elena Álvarez Buylla, director of the National Council for Science and Technology (Conacyt), announced that at least 50 Environmental Emergency Regions have been identified in Mexico, which she called environmental hells due to their degree of water contamination, soil and air, so together with the Secretaries of Health (Ssa) and the Environment (Sedema), it undertook a collaborative work for its diagnosis and restoration.

“We have in Mexico a series of regions that hurt us all, can be defined as environmental hells, Environmental Emergency Regions, one of the inheritances of the neoliberal management system and totally disorderly industrial organization and a lack of care and attention to this fundamental right, access to an environment and healthy water ”.

During the webinar The Regions of Environmental Emergency in Mexico. From the Diagnosis to the Restoration Model carried out by Conacyt through the Strategic National Programs for water and toxic agents, Álvarez Buylla said that these regions are located in places where “there has been an abuse of the territory, the environment by different actors, industrialists, without the government having adequate regulation ”.

He indicated that the main problems in these regions have to do with solid, liquid, and air discharges from large cities, tourist and industrial corridors such as agro-industrial and extractive sites, so that the government of President Andrés Manuel López Obrador is committed to restoring these sites, through a model of integral restoration of socio-ecological relationships to be able to welcome the life of the communities that have lived there for many years.

“Conacyt is deeply committed to promoting intersectoral actions in the face of environmental and health emergencies in these environmental emergency regions that are specific, strategic, effective, timely, inter-institutional, interdisciplinary.”

Andrés Barreda, the coordinator of the Pronaces Toxic Agents and Contaminant Processes and researcher at the UNAM Faculty of Economics, highlighted that the Environmental Emergency Regions are located in the areas where the industrial processes of the Free Trade Agreement (FTA) were carried out. ), through different industrial corridors throughout the country, but regretted that, to date, the costs of environmental degradation have not been quantified.

“There is no serious work to record the level of contamination that rivers, soils, basins, underground, atmospheric basins have, of the health problems that have been generated.

However, he stressed that thanks to the efforts of the affected populations in collaboration with scientists, it has been identified that all of Mexico has suffered serious impacts, the 50 most serious are a series of corridors of industrial parks that go from the west to the port of Colima, Chapala towards the city of Guadalajara, passing through Salamanca.

In addition to the great corridors in the north of Mexico City, known as “death row”; the industrial corridors of the Toluca valley that go towards Atlacomulco; corridors that surround the Malinche volcano; those of Puebla and Tlaxcala; the corridors from Orizaba to Córdoba, heading for the port of Veracruz; as well as the great corridors the most important petrochemical center of Coatzacoalcos, Minatitlán Cosoleacaque.

He also mentioned that there are important industrial corridors in San Luis Potosí, Tampico, Monterrey, Saltillo, Torreón and all the border maquiladoras from Matamoros to Tijuana.

“All of these became regions of environmental emergencies because of the way in which development was carried out,” he said, noting that industrial agriculture and livestock have also left serious havoc.

“Jalisco is a good place to exemplify and it is complemented by another type of agribusiness which is mega-farms of pigs and chickens.”

He asserted that the main center of pig production is from Guadalajara to Lagos de Moreno, the second corridor is Sonora, then Puebla, as well as Yucatán, where the cenotes have been damaged, “it is a brutal matter because the network of underground rivers of the Yucatan peninsula is the most important in the entire planet, as important as the glaciers of the Himalayas would have it ”.