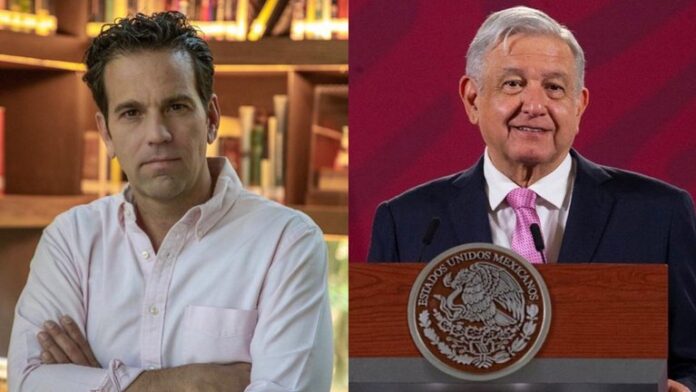 The president criticized the communicator, who published a harsh article titled “The lynch man asks to avoid lynchings”, referring to the actions of López Obrador from his daily conferences

President Andrés Manuel López Obrador criticized journalist Carlos Loret de Mola, who this Friday published a harsh article entitled “The lynchman asks to avoid lynchings” in his El Universal column after the president asked to end the accusations and demands of justice to the complaints of rape against Félix Salgado Macedonio, the questioned pre-candidate of Morena to the government of Guerrero. “Ya chole” with the subject, said López Obrador.

And it is that the communicator made a long list of the adversaries whom the president has attacked during his morning conference at the National Palace, so this morning, during the “morning” López Obrador attacked the communicator.

When reviewing the front page of the newspaper – which the president assures, attacks him every day – the president stopped at the column of Loret de Mola, who some time ago asked to change the department that the communicator has in Miami, due to the capital gain of its Quinta in Palenque.

“He has not accepted the proposal that I made him, he wrote a note saying that all the works of the Mayan Train that were made in Palenque (Chiapas) so that in the Quinta de Palenque that my parents inherited me, it would increase in price. To say, that he obtained a capital gain, it is a hectare, like a house .. then I sent him to say and I take the opportunity to remind him that we made a deal: that he changed what I was going to obtain as capital gain, for his Miami apartment, he has not He said nothing, he has not answered me, ”he said. 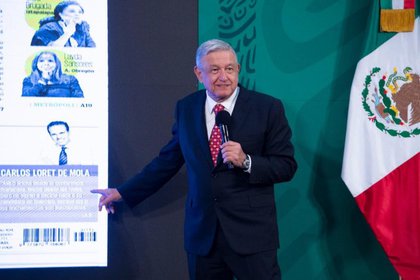 Ironically, López Obrador “is going to be scratched with the capital gain of the Quinta,” he said.

After reading the title of Loret’s column, he questioned the reporters present if they felt lynched and asked if it was not the same right that he had to reply.

“Do you feel lynched? Isn’t it the right that I also have to reply? Also speaking of lynching, who are the lynching professionals, not now, always … lynching professionals. Remember this man who made a montage with (Genaro) García Luna as a movie in which they were arresting some alleged kidnappers, a citizen of French origin, do you remember that? that they filmed everything .. Isn’t that lynching? (…) Why do you see the straw in someone else’s eye and not the beam in your own? “, he questioned. ” But we are free … here it will not be as it was before,” he asserted.

López Obrador insisted that “the underlying problem” is that most of the media are against him, although he clarified that “we have the difference with the managers, not with the media workers, I have it very clear,” he said.

After a reporter questioned him about what his government would do to support businessmen and that production in some companies is not stopped as a result of the blackouts in several states of the country, derived from the lack of natural gas, the president took the opportunity to attack the press.

“Well, we are going to continue guaranteeing the supply of electricity. I believe that businessmen know that it is a situation that is caused by snowstorms, by the weather in Texas … they are informed of what is happening and in the case of Mexico we have made progress in solving the problem. What are we doing? Liquefied gas is being obtained. We are starting up all the CFE plants to guarantee the supply. I hope that soon.

“No (there is an estimate of the economic impact of the technical stoppages) but I think it won’t be much, I think the situation that exists now of those stoppages that companies are carrying out voluntarily, not all of them, will soon be restored. of course, it is exaggerated a bit by the Mexican press ”, he assured.

For several minutes, López Obrador dedicated himself to attacking the Mexican media that question the actions of his government 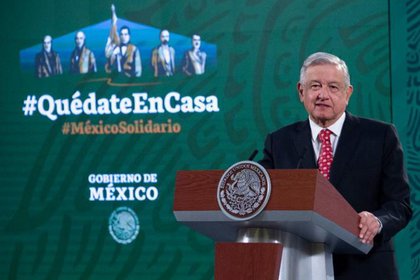 “The anger of the media in the country is very noticeable, the anger against us. In this type of thing, yesterday I mentioned it, the owners of the media, some even have houses, residences in Texas and I’m sure they don’t have electricity in their residences. And they do not contextualize what is happening in the country. There are people in Houston who are suffering because they do not have electricity, but they have been here for days and we are hoping that the temperature in Texas improves so that they do not continue to suffer from the lack of electricity, from the gas shortage situation (…) An emergency situation was declared, something never seen before, in Houston, in these Texas cities, “he said.

“But here, the press does not care if there are technical stoppages of the company. What they are interested in is attacking the government that I represent, “he said.

-Well, in this case, there is no attack. Do you consider that there is an attack? The same reporter asked the Mexican president, to which he answered yes.

“I do not share your opinion, President,” said the journalist, to which López Obrador replied, “You are absolutely right, and I also respect your point of view, although I also do not share it, but that is the reality. We don’t have to delve into the matter ”, and immediately afterward he asked to put some front pages of the national media, to show that his government is being attacked.

“I swear I had not seen the front page, but I imagine it because the issue with this newspaper is that they no longer have the same treatment that they had with previous governments when they were not opponents of the government,” he said.

Searching for Peyote in the Mexico desert (VIDEO)