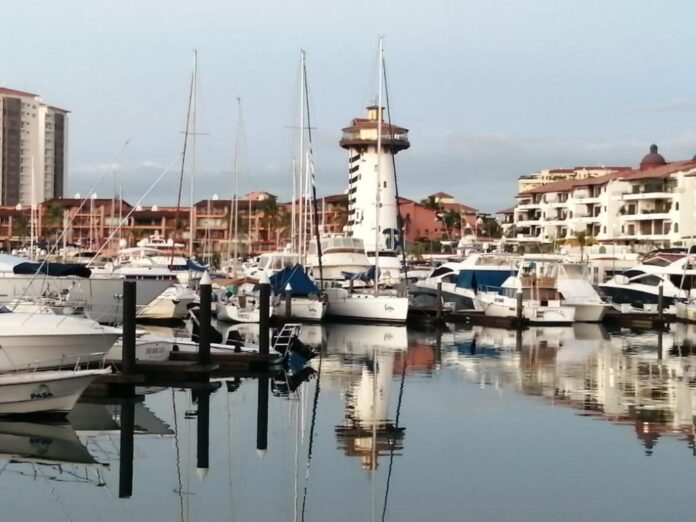 This morning we attended the citizen report in which they denounced that those in charge of the boats in the yacht area of ​​Marina Vallarta were polluting this area with detergents.

Although in the first report we received they mentioned that this area was contaminated with oil and fuel, later they reported that they were ship managers who washed with detergents.

At first, we made a tour of the area to see if the typical reddish-green color of the oil floating in the water was seen and we noticed that, with the naked eye, nothing could be seen except accumulated garbage on the rocks of the docks.

They mentioned that in addition to oil stains, the soap used to wash the boats is thrown away and is discarded directly into the water surrounding the boats.

We spoke with a person who was in the place and is dedicated to the maintenance of boats and yachts, he mentioned that for them it is a situation that they should take great care of.

It should be noted that the fines are quite high if someone is caught throwing oil into this area, they are penalized, 20 years ago the fine was $ 5000, currently, they do not know the penalty.

He pointed out that it is very difficult for someone to dare to dump pollutants into the marina since there is surveillance everywhere.